Who doesn’t want quality entertainment and resolution when watching their favorite shows and sports? While others may be jumping on the bandwidth bandwagon that cable brings, many are opting for the somewhat-exclusive quality of satellite services. Not just for resolution and reliability but also rain-proof and remote access nearly everywhere. There is a secret in satellite service that few know about but those in-the-know benefit greatly from. At Channel Choice, we share all the gouge we have to save our consumers the most possible. The secret is that there are benefits of buying satellite television service from an SBCA member specifically. That said, here, we share how to get the best in satellite-delivered services at a fair price and why you should choose Channel Choice as your provider. 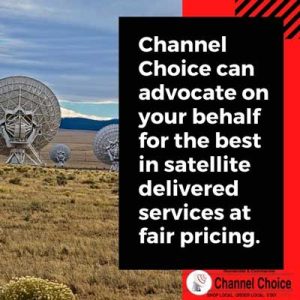 You’ve likely never heard of the Satellite Broadcasting and Communications Association (SBCA) but rest assured it is live and well in the homes of consumers nationwide. As the national trade organization representing the consumer satellite industry, they are committed to creating value-added programs to promote the growth and sustainability of their member companies through member benefits and training. All that to say, that members like your local Tucson Channel Choice can advocate on your behalf for consumer access to the best in satellite-delivered services at fair pricing. Our SBCA membership means you get the quantity of programming and the quality of a better picture – without the added fees and fuss.

The Scandal of Satellite Services & our Grand Canyon State.

Whether you’re aware or not, there are as many scandals with the satellite industry as there is success. The reason being, with great technology, comes greedy taxes. In fact, one of the chief reservations behind consumers not getting satellite services is the rumor of rising tax fees on monthly statements or the unfairly imposed regulations from lawmakers to landlords. 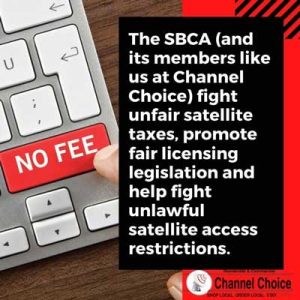 The SBCA is your entertainment ally that is bridging the gap and educating the masses on unfair practices and payments. In fact, the SBCA is an effective tool for educating state and local policymakers, governmental agencies, and homeowners associations. The SBCA (and its members like us at Channel Choice) fight unfair satellite taxes, promote fair licensing legislation and help fight unlawful satellite access restrictions.

You may have witnessed this either as a business owner looking to offer satellite services to your customers (think restaurants, bars, and professional offices) or even as a homeowner who has been unlawfully denied the right to install home satellite antennas because of a misinformed HOA.

This was an all-too-familiar issue with another state, Illinois, in their recent city of Chicago ruling.
In 2012, the City of Chicago enacted legislation that would have raised prices and increased burdens for every Chicago resident subscribing to or considering satellite television. This includes thousands of low-income and immigrant households who rely on satellite service for competitive prices and dedicated programming from their home country.

Just weeks ago, however, on January 11, 2021, the Satellite Broadcasting and Communications Association praised the Federal Communications Commission’s decision to permanently invalidate Chicago’s onerous satellite dish restrictions. SBCA President Steve Hill stated: “We are pleased that the FCC found that Chicago’s dish-placement restrictions were unreasonable, and would have made television service much more expensive for tens of thousands of Chicago residents.”

Is Channel Choice an SBCA Member?

As your premier locally owned Television, Internet, Mobility & Smart Home Security provider in Arizona for both residential and commercial customers, we pride ourselves on exceptional customer service. With our motto “Service for Life”, it’s imperative that we stay educated on the many changes in the industry and how best to deliver such to our customers. 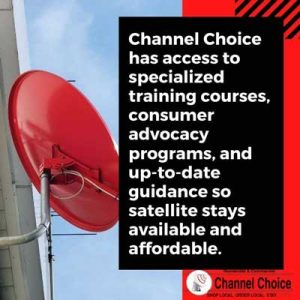 You can bet that Channel Choice is committed to being vested members of the SBCA, we have joined the fight on the satellite industry’s success. In fact, satellite is one of the many preferred forms of entertainment delivery and we couldn’t imagine declining quality services all because of a little red tape. Instead, we opted to join the SBCA as local satellite professionals, so that our company and installers are offering the highest quality at the fairest prices to our residents and commercial clients alike.

What are the Benefits of Buying Satellite Television service from an SBCA Member like Channel Choice?

As members of the only trade association dedicated to the growth of the Consumer Satellite Industry, it’s less about what we gain and more about what’s in it for you! Through our SBCA membership, Channel Choice has access to specialized training courses, consumer advocacy programs, and up-to-date guidance on various issues to ensure the satellite industry stays available and affordable.

We stand by our continued commitment to offer satellite services without the fear of unreasonably raised costs, delayed dish installation, or hindered reception. For these reasons alone, you can trust us here at Channel Choice, with your satellite service inquiries and installation. Got questions? Call us today or swing on by and we can “dish” the many benefits of buying satellite television service from an SBCA member like Channel Choice!

What Is the Hopper With DISH Network?
February 9, 2021

DIRECTV Genie 2: Everything You Need to Know about this DVR
December 16, 2020

My wife and I worked with Channel Choice when we moved to Tucson for our cable and security system. I never realized locally owned businesses operated for installation of Dish, Directv, Comcast, Cox, and Vivint security systems. The place was packed with happy employees and they were great.

Great service by the people who answer the phone and when you go to the store the service is even better, all your questions are answered. This is my favorite store.

I went to channel choice to see if they could help me save money on my escalating Dish Bill.. Dawn Gilman was the representative that I talked to period.. She was very knowledgeable and after comparing everything she was able to save me $50 a month by switching to DirecTV and I’m still getting all the channels that I wanted.. I’ve been going to channel choice for about 10 years and will continue using them in the future

Take the hassle out of setting up your cable. New to town and didn’t want to deal with all the phone calls so I called Channel Choice. She took care of everything for me and my cable/internet was hooked up the next day.

Excellent customer service. I worked with another vendor for over a week when I stopped at Channel Choice. They could certainly sense my frustration and ensured my problems were resolved. Manny & Terry were exceptional. Thank you!

One of the most knowledgeable companies out there! Manny is GREAT to work with and very helpful! Will continue to use them as a Service Provider!

Gary A Aboussie
Go to Top 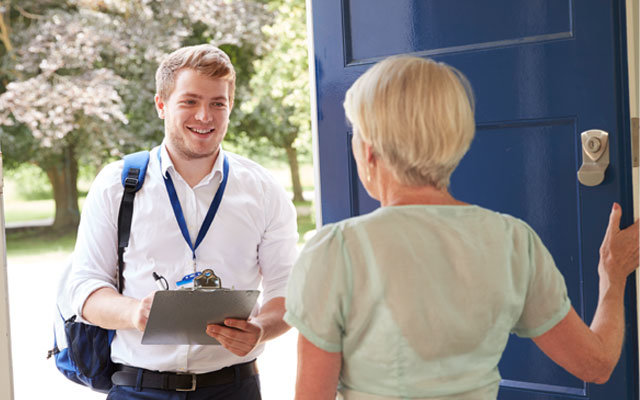 SCHEDULE FREE IN-HOME CONSULTATION
We're so confident that you will enjoy our services that we're willing to come out to your home and give you a totally FREE consultation. Fill out the fields below and we'll dispatch our trained installers to come chat with you in person!
Submit
close